"You Can Leave Your Hat On!" - ballad of a Stove Hood

My friends
Janine and her hubby Bruce,

Remembering what they had done, had me cruising the aisles of different dollar stores,
looking more closely at what night lights had to offer.

Last year I stumbled across this one which I thought might one day make a pretty good stove hood. 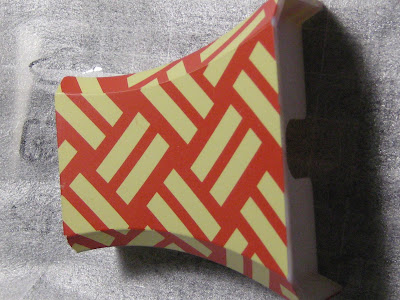 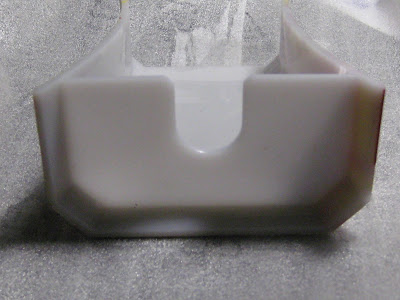 It's shape of it reminded me of a hat.

Funny thing is that what I both Liked and Disliked about the shade, was it's unique hat-like shape, however I didn't  want it to continue looking like a hat once it was installed in the kitchen.

But another reason that I thought the shade might work as a hood, was that the plastic was easy to drill through, and since it was already hollow, adding lights and hiding the wires inside it would be pretty easy.
I was eager to try it out with my FANTASTIC- NEW-TOTALLY GORGEOUS 8 gas burners, double oven, MOLLY SUE MINIATURES
ITALIAN STOVE. http://www.mollysueminiatures.com/ 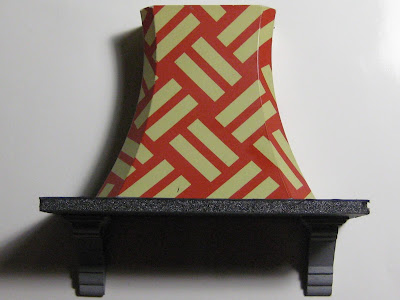 I cut some wood trim to bulk up the base, then tried it out with the doll "cooking" at the stove.
UGG!
What I had was a plastic hat with a wooden brim.  Clearly additional work was required. 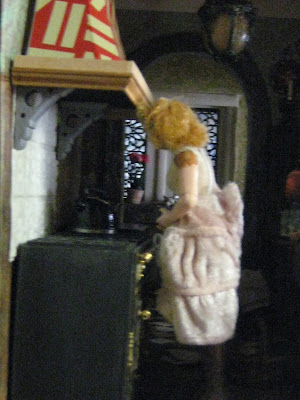 To make it look more interesting, I cut up a plastic picture frame to add some carving.
It was very heavy- looking carving and Naturally, I thought I could "lighten it up" with Even MORE HEAVY CARVING 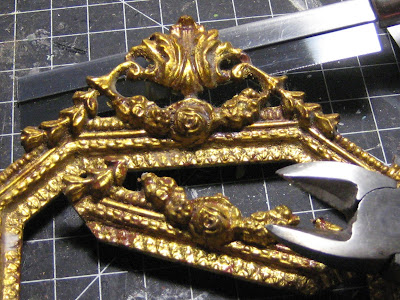 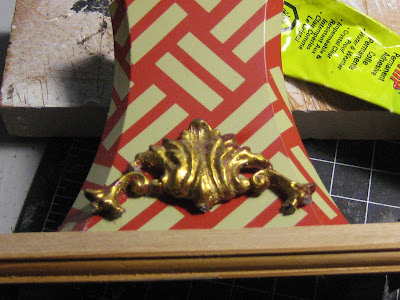 I randomly brushed a gold nail polish over the black paint which gave the hood metallic highlights.

The general idea was to make it appear in harmony with  the brass trims on the Italian stove.
However, no matter what I did
it still wasn't doing it for me.

This was THE Moment
my career as
A Stripper began.

Off came the top! 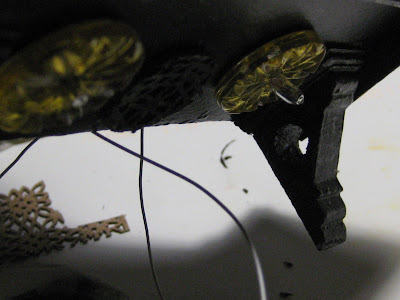 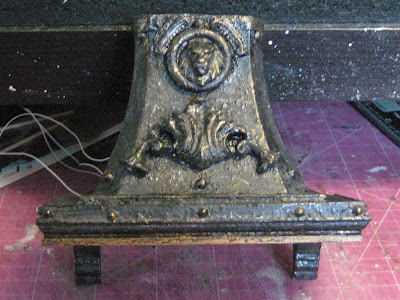 I tested the lights before gluing the hood to the wall

So, I put on my thinking cap  to try and come up with an viable solution; because having glued the hood to the wall, I had no other choice but to leave the hat on. 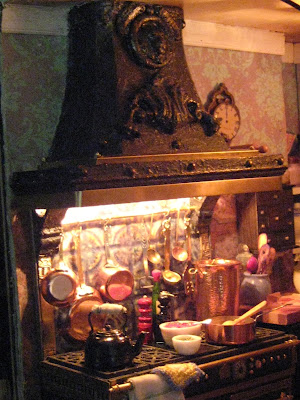 Then a light switched on!... I had an idea
What if- I lowered the ceiling height to hide the hat?
i.e.  like a burlesque FAN DANCER, it's still behind there, but you just can't see it

I tried out a section of wood across the top of the hood to see if it would work and what it would look like.
but first I had to pry off that lion medallion


I added the ceiling beams for a little Venetian character
and permanently affixed the lantern to the ceiling. To finish off the top of the hood, I cut 2 strips of self-stick gold ribbon, doubled up, and glued them to the top of the hood to form a thick band to cover the gap at the cut out.

I chose to use ribbon because it was flexible and would easily conform to the contours of the hood AND because I had lots of it, therefore, IF I made a mistake,
which I usually do;
I could try again.

This gold lame ribbon has a fuzzy texture like velcro


Everything was Looking good!
The crowd was going wild!!! 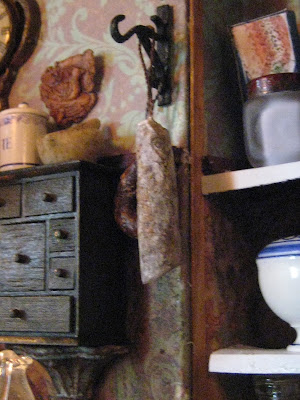 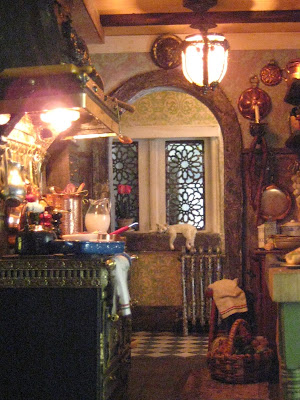 The GARDEN of VILLA LEONE

As I promised for JUNE,  (yet here it is JULY) I'm posting the photos of the side patio garden of  VILLA LEONE M ost ... 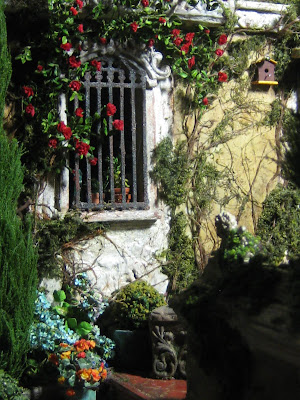